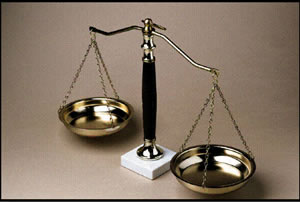 programme d’Action
OUR ENGAGEMENT:
The 12 Heads of State and Government of Member countries of the International Conference on the Great Lakes Region, meeting in Dar Es-Salaam, on 19 and 20 November 2004, under the auspices of the United Nations and the African Union signed the Pact on Security, Stability and Development in the Great Lakes Region on 15 December 2006 in Nairobi, Kenya, committed themselves to the respect of the following common constitutional principles:
• Separation of legislative and judicial powers;
• Accession to power through periodic, free, honest and transparent elections;
• Prohibition of any anti-constitutional change and any anti-democratic form of accession or staying in power;
• People’s participation in decision-making process with due regard to democratic principles
• Decentralization of power at all the levels of government;
• Neutrality of defense and security forces;
• Secularization of the State and its institutions;
• Promotion of national unity within the State and its institutions;
• Elimination of all forms of ethnic, religious, racial, sexist or regional discrimination;
• Equality between men and women, including the use of positive discrimination policies;
• Political diversity;
• Freedom of association, meeting and/or peaceful demonstration;
• Freedom of press and expression;
• Freedom of movement involving in particular the prohibition of forced exile or obligation of staying in exile.
OUR CONTENT:
The Regional Action Program of the promotion of democracy and good governance comprises three sub-programs and five protocols. The sub-programs are the following:
1. Rule of law, the Fight against Crimes against Humanity, and Human Rights which includes:
2. Consolidation of Democratization Processes which includes:
The Regional Forum for Parliamentarians;
The Forum for Women;
The Multi-Purpose Youth Forum;
The Consultative Commitee on Vulnerable Groups;
The Forum for Civil Society;
The management of Information and Communication.
3. Rational Management of Resources» which comprises:
The Regional Anti-Corruption Forum;
The Régional Initiative against the Illegal Exploitation of Natural Resources.
4. The Protocols are:

OUR PROJECT AND PARTNERS: