The Heads of State and Government of Member States of the International Conference on the Great Lakes Region during the signing of the Pact on Security, Stability and Development in the Great Lakes Region, undertook to jointly promote a prosperous, integrated economic space, to improve the standard of living of its populations and to contribute to the development of the region by implementing the Programme of Action for Economic Development and Regional Integration with the aim of:

1. The Regional Action Program of the promotion of Economic Development and Regional Integration comprises three sub-programs and fifteen priority projects.

The sub-programs are the following:

2. Harmonization and strengthening of cooperation policies: 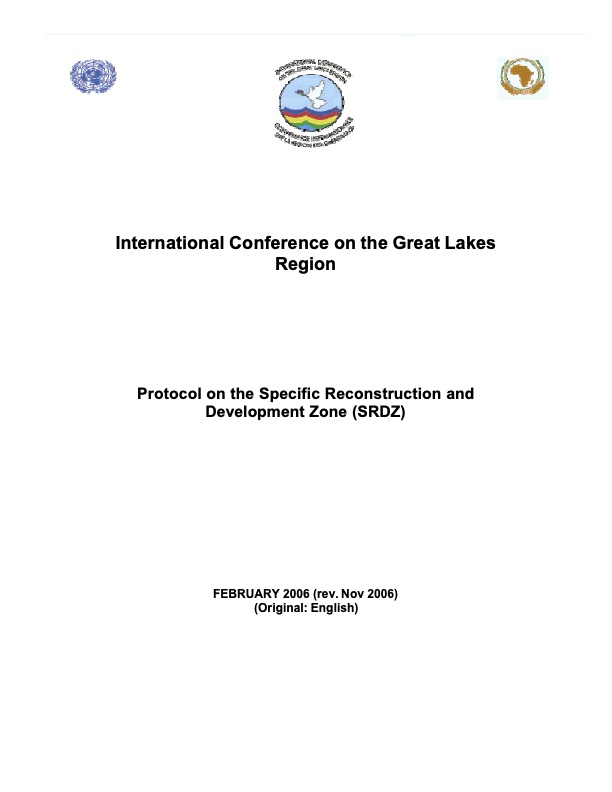 Protocol on the Specific Reconstruction and Development Zone

OUR PROJECTS AND PARTNERS:

The micro-finance sector is one of the avenues states can explore as they seek to improve the living conditions of populations so they may actively participate in the economic and social development of the region.

The traditional financial sector is unable to meet the needs of the majority of the population that is found in the informal sector given the rigidity of policies in the area of bank loans.

Aware of the major challenges in terms of stability, reconstruction and development of countries in the Great Lakes region, the Heads of state and Government in their, Dar-EsSalaam Declaration (DD) adopted on 20 November 2004, decided to launched the establishment of a “Specific Reconstruction and Development Zone” (SRDZ).

These three fundamental and interrelated threats to human welfare are not unique to Africa, but nowhere else in the world are they so pronounced. And nowhere else in the world is there a greater opportunity to combine modern science, indigenous knowledge and development ingenuity to overcome them. In Africa, especially south of the Sahara, poverty is found mainly in the vast rural areas of the continent. About 255 million people living in rural areas struggle to survive on less than a dollar a day. Agriculture is by far the dominant economic activity upon which the rural African poor depend, so increasing agricultural productivity in sustainable ways is an essential first step towards reducing poverty.

Download: Establishment of a Regional Information and Communication Council.pdf