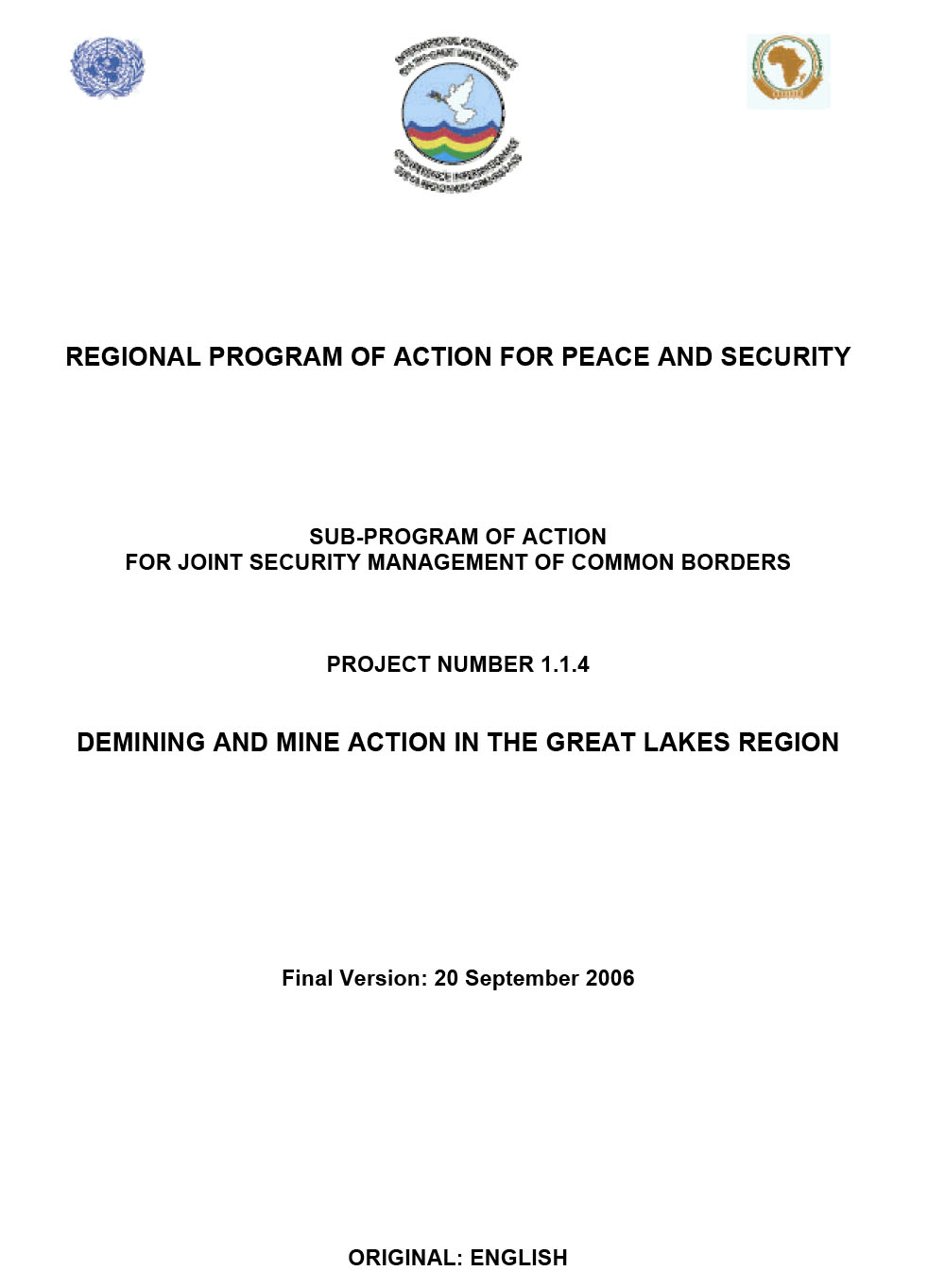 Demining and Mine Action in the Great Lake Region 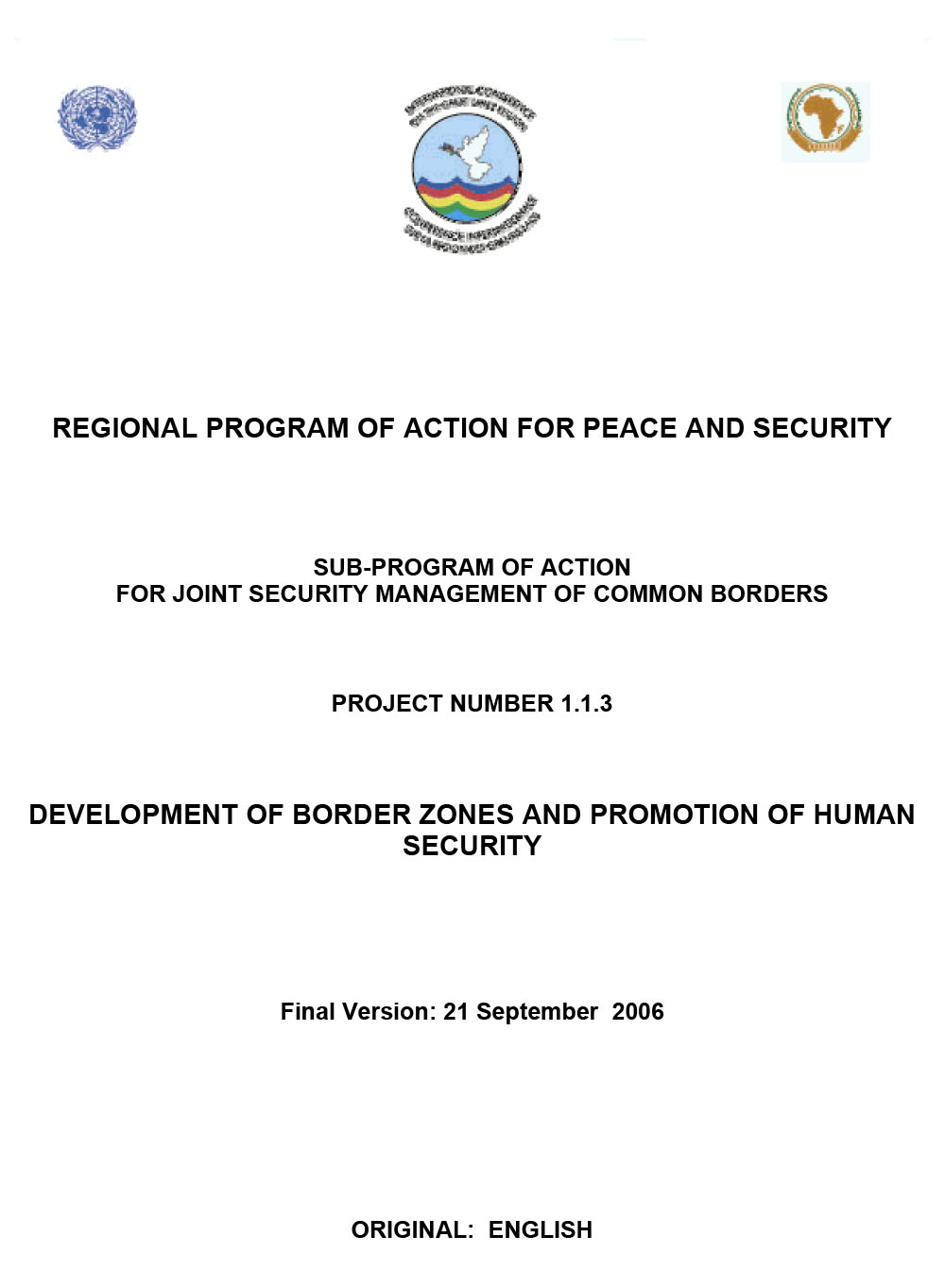 Development of border zone and promotion of human security 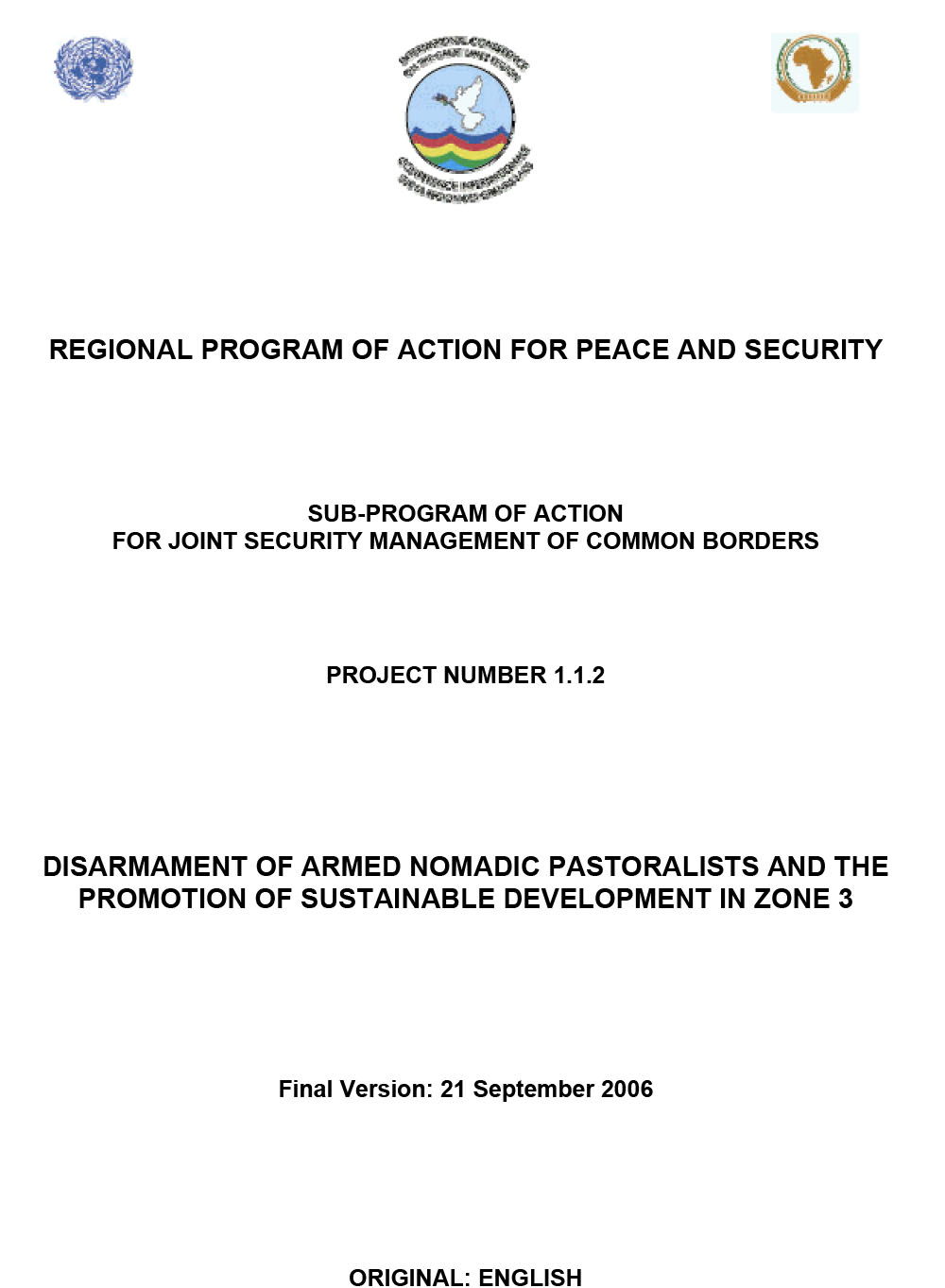 Disarmement and promotion of development in zone 3 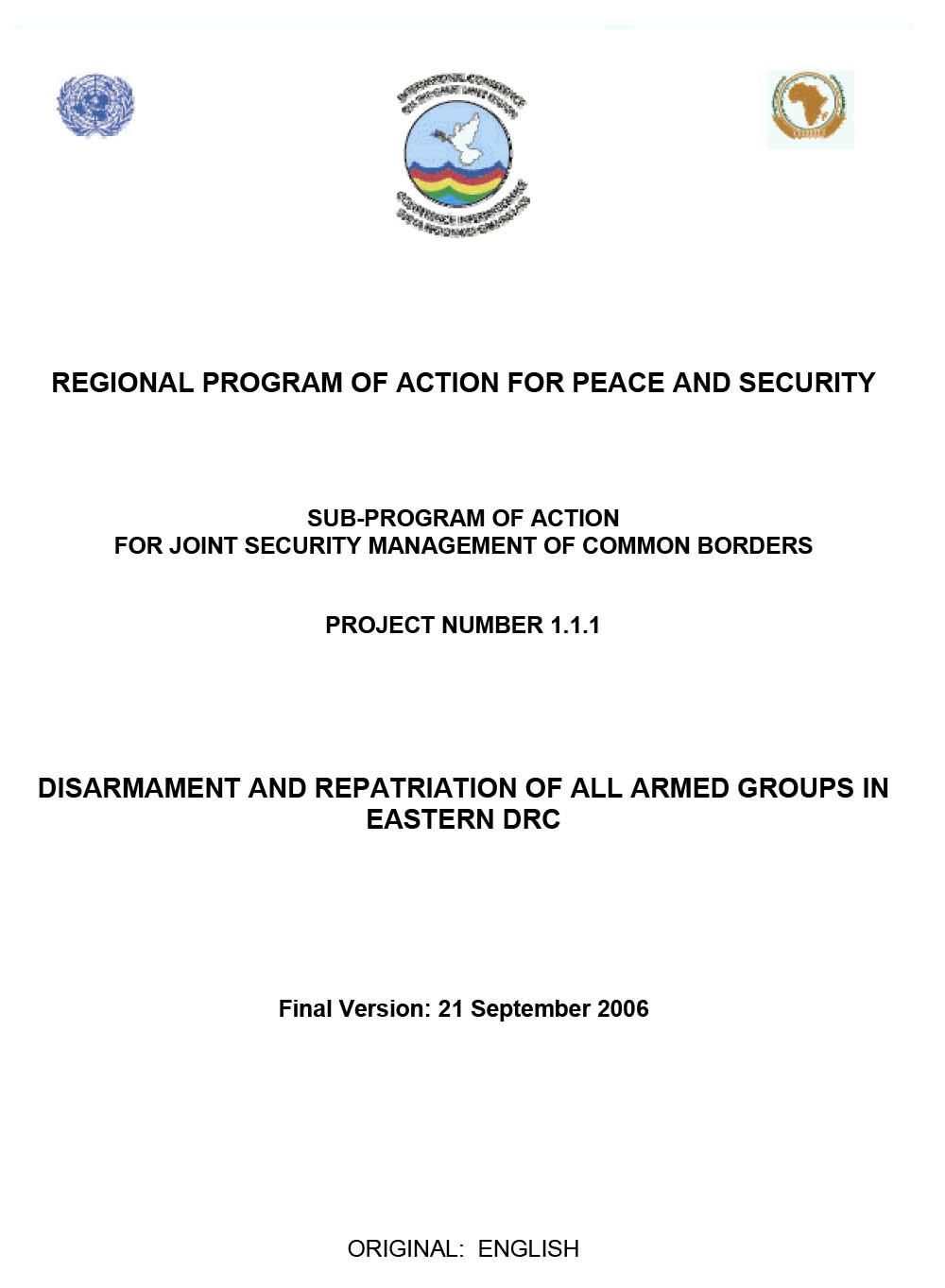 Disarmament and Repatriation of All Armed Groups in Eastern RC 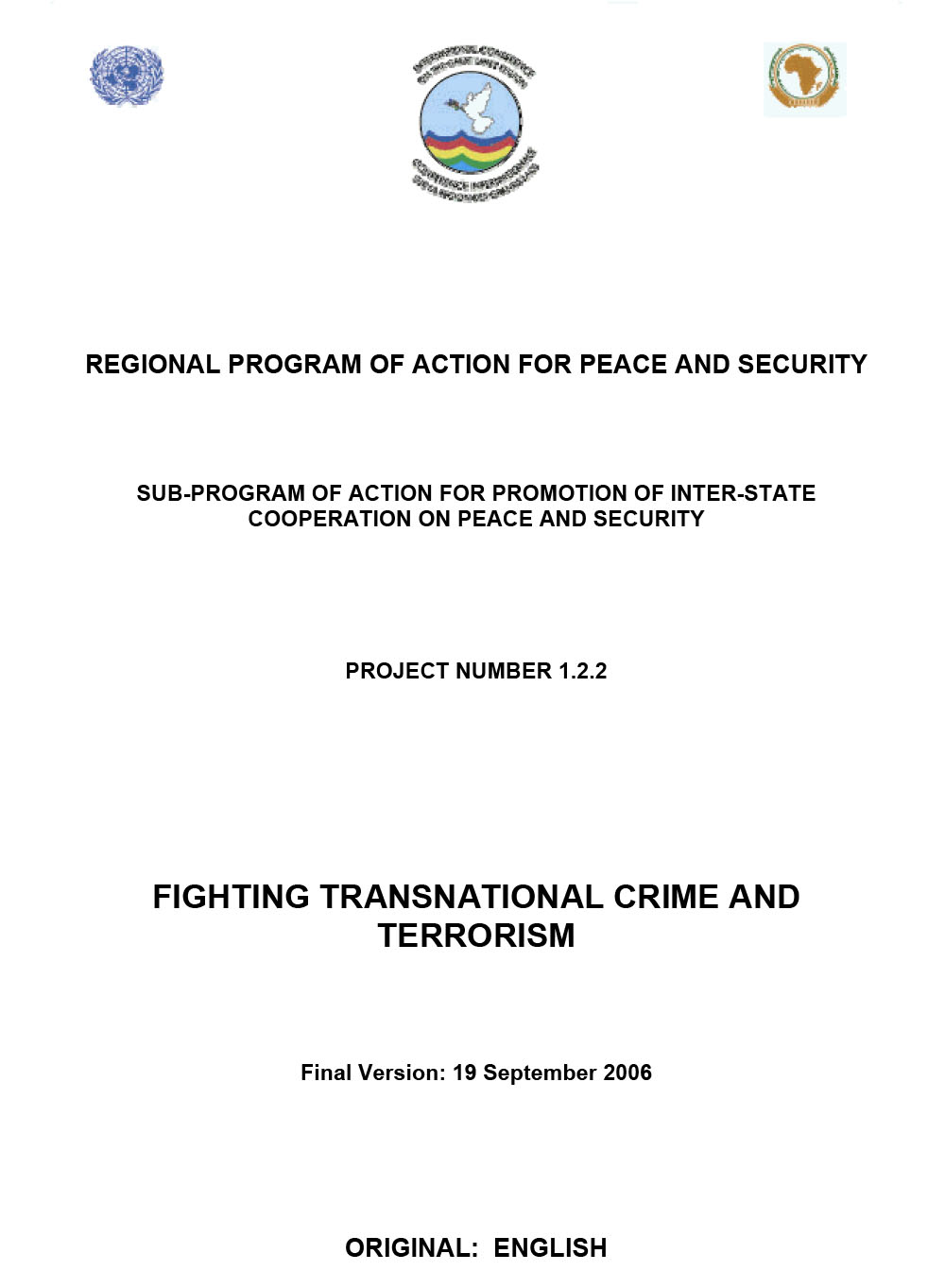 Fight against Transnational Crime and Terrorism 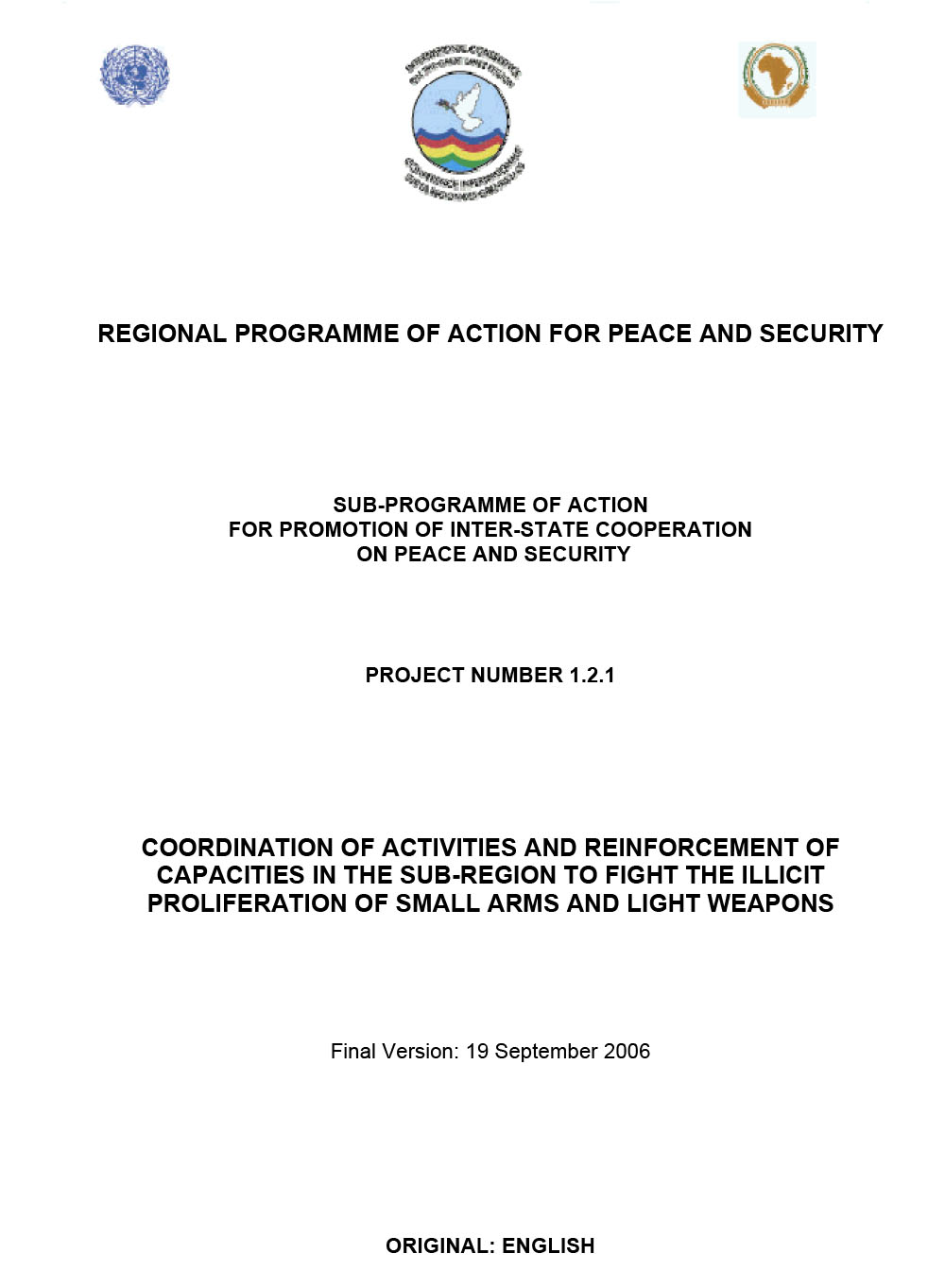 Fight against the proliferation of small arms and light weapons 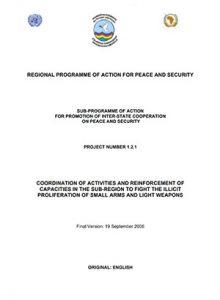 OUR PROJECTS AND PARTNERS:

Disarmament and Repatriation of All Armed Groups in Eastern DRC

Zones 1 (South-Western Uganda, North-Western Rwanda and Eastern DRC) and 10 (Eastern DRC, North-Western Burundi and South-Western Rwanda) in the Great Lakes Region (GLR) are currently the most volatile. They are characterized by three levels of violent conflicts: State-centric conflicts, State against rebel groups conflicts and rebel against local communities. While the epicenter of the conflicts is currently in the Eastern DRC, this does not preclude rebel attacks directed against neighboring states. It is this latter factor that engenders tensions in zones 1 and 10 of the IC/GLR..

Download: Disarmament and Repatriation of All Armed Groups in Eastern DRC

Development of border zones and promotion of human security

Border zones continue to constitute threats to the region, states and communities of the GLR. Core in these are cross border attacks by armed groups and bands of cattle rustlers, smuggling, motor vehicle thefts, drug trafficking, flows of small arms and now threats of terror networks. The foregoing has transformed borders into crush points of conflicts. Underlying this are several factors: The border spaces are made ideal by existing obstacles to accessibility (terrain, forests, deserts). They constitute ideal sanctuaries on either side of the frontiers.

Download: Development of border zones and promotion of human security

Demining and mine action in the great lakes region

The conflict scenario that has characterized the member countries of the IC/GLR during the last decade or so, has ‘endowed’ these countries with a common legacy. The confrontations between the different armed groups, both government and rebel groups, elicited use of landmines, with anti-personnel mines (APMs) being the favorite due to its easy availability, cheapness and portability among other attributes, including its ‘trustworthiness’ and ‘loyalty as a silent sentinel’. Due to these attributes an APM became a ‘weapon of choice’ for the opposing armed parties. The intra-country conflicts had spill-over effect into neighboring countries, and drew the neighbors into the internal confrontations. Subsequently, large swathes of the fields of all IC/GLR countries are littered with APMs, MOTAPMs and other explosive remnants of war (ERW).

Download: Demining and mine action in the great lakes region