The partners provide technical and financial support to the CS in the implementation of its activities.
During the foundational years of the ICGLR, there existed a Group of Friends (GOF) of the ICGLR, which brought together 27 countries and the EU and the African Union, which were active in the Great Lakes Region. These were Austria, Belgium, Canada, China, Denmark, the European Commission, Finland, France, Gabon, Germany, Greece, the Holy See, Ireland, Italy, Japan, Kuwait, Luxembourg, the Netherlands, Nigeria, Norway, Portugal, Russia, South Africa, Spain, Sweden, Switzerland the United Kingdom, the United States of America.
This brought together a combination of donor countries and international organisations. The group provided political, diplomatic, financial and technical support to the ICGLR from December 2003, which led first to the signing of the Dar es Salaam Declaration in November 2004, and thereafter to the signing of the Pact in Nairobi in 2006.
The organization has collaboration with various organizations including the UN and its specialized agencies such as UNDP, UNFPA, UNHCR, UN Women, UNECA and the World Bank.
Some of the partners that the ICGLR is currently collaborating with include:

The ICGLR as a guarantor of the UN Peace, Security and Cooperation Framework (PSC-F) for the DRC and the region, has worked extensively with the OSESG in many areas of intervention. The cooperation with the OSESG is formalized by an existing MOU.

Areas of collaboration include, Judicial Cooperation, Gender Women and Children, Peace and Security, Economic Development, Human Rights among others.

Since 2004, the GIZ has been advising and supporting the ICGLR on behalf of the German Federal Ministry for Economic Cooperation and Development. (BMZ). The project has been implemented jointly by the GIZ and the Federal Institute for Geosciences and Natural Resources (BGR) since 2011. It supports the ICGLR in the implementation of the Regional Natural Resources Initiative. The initiative consists of six complementary instruments designed to establish an effective system for certifying the origin of particularly relevant raw materials.

GIZ provides organisational and management consultancy services to the Conference Secretariat to enable it to fulfil its coordinating role in the implementation of the Regional Initiative on Natural Resources, to competently assist ICGLR Member States and to play an active role in international commodity certification bodies. 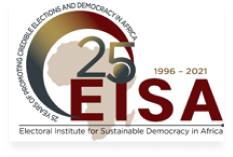 The ICGLR partners with EISA in strengthening efforts to promote democracy and good governance through credible elections, as mandated by the Protocol on Democracy and Good Governance, as well as relevant international and regional election benchmarks for the conduct and monitoring of elections.

An MOU between the two institutions was signed on 31st July 2017 in Bujumbura. Some of the joint areas of focus in the MoU include, development of a framework for democracy deepening methodology, through strengthening election observation and women’s participation in electoral processes and conducting joint research in order to professionalize cycle-based approach to election assessments (pre-election, election and post-election).

The Government of the People’s Republic of China has been providing annual financial support to the Secretariat since 2012. The Secretariat has also made several engagements with the Chinese officials with the aim of expanding their scope of support.